Number of Friends: 6.  (That’s probably enough)
Number of Likes: 0.
Species: Kind of like the Borg. 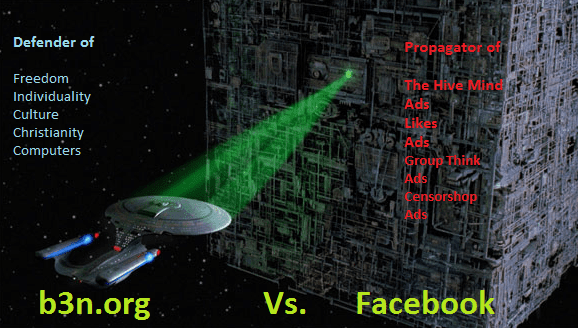 I see my home, b3n.org, getting further into the distance.  My blog is in one of the most beautiful locations nestled in the mountains between the Tech and Conservative Blogs, definitely more on the Tech side and well away from the Bay of Flame.  I can see the tech blogging area I’m most familiar with getting smaller and smaller.  A few minutes later I see Lifehacker passing by and I’m flying over the Sea of Opinions.   And then it hit me.   I’ve left the Blogosphere.

After a long flight I stop for a layover at Reddit, then I was back in the air and landed just north of Data Mines, Facebook.  And I joined Facebook.  The reason for my travel?  I’m looking for information locked away in a closed Facebook group.

That was last week. 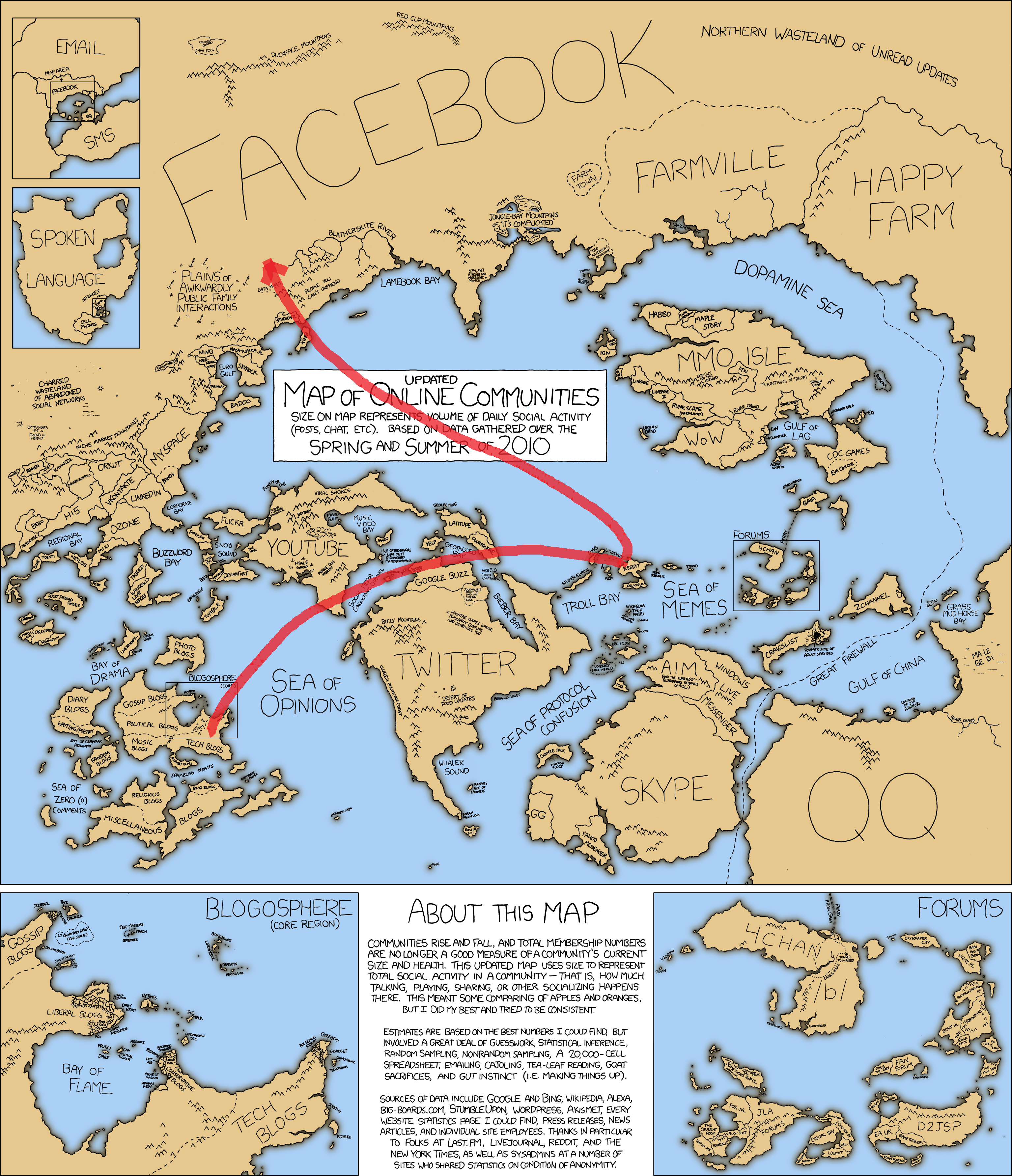 Most of my friends left the Blogosphere for MySpace, and then moved further north to Facebook years ago (and I’ve re-united with six of them so far).   My impression of Facebook so far: It’s like a bunch of mindless drones all talking at once–well, let me start over.  It’s like a bunch of ads all talking at once and mindless drones trying to shout above them.

Facebook is a land I’ve always avoided–It’s basically what AOL or Geocities should have become–a step back from freedom and individuality.

When you join Facebook, you have to abide by their rules and subject yourself to their censorship.  If you disagree with Facebook, you either comply or you’re out.  There’s no alternative.

Websites, Blogging, and Email on the other hand are based on what the internet should be–open protocols.  If I run my own email server I can send an email to anybody else no-matter what provider they use!  This blog is run on a server I control.  Currently it’s rented from DigitalOcean because I no longer have the bandwidth at my house to run it, but in the past I’ve run it from my dorm room, my bedroom closet, from right under my desk, and from Jeff’s house.  And the thing is anybody can setup their own server–but they don’t have to.  They can use a provider like Blogger or Gmail if they prefer–but if you can get better service somewhere else you can migrate to different provider at will and not lose anything.

I’m not against social networking, but Facebook is designed in a very centralized manner which isn’t consistent with how the internet services should be–more distributed and federated.  Some social networks I might be more interested in are Friendica and Diaspora but I don’t think they have much traction yet.

One particularly concerning thing about Facebook is you don’t pay for it–which means, that you’re not Facebook’s customer.  No, indeed.  You, my liked Friend, are the product being sold.