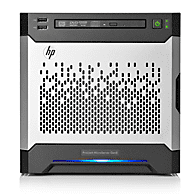 The  Celeron G1610T or Pentium G2020T is a much needed upgrade from the previous Microserver’s AMD Turion II Neo N54L.  CPU Benchmark with all three processors: http://www.cpubenchmark.net/mid_range_cpus.html  See specs here: http://ark.intel.com/products/71070  Notice the lack of VT-d (unable to pass a PCI device directly to a VM), no AES-NI, and no Hyper-Threading.  If you really need those features it is an 1155 socket so if it’s not soldered to the board there’s the possibility of swapping it out for a Xeon E3 series processor…although you would need to be careful to run one cool enough.

16GB Memory is a nice upgrade from the previous Microserver’s 8GB, and it is very difficult to find a server this small that supports ECC memory (yes, you need ECC memory).  Unfortunately 8GB modules are fairly expensive.

Dual gigabit ports is a nice upgrade for a NAS, and I believe this particular adapter supports teaming so it may be possible to get a 2 gigabit aggregated link with a proper switch.

Since I use ZFS I was concerned because JBOD mode is not listed as a mode for the  B120i, but an HP support article – “Dynamic Smart Array Driver Support for Solaris” indicates RAID mode can be disabled which puts the card into HBA mode.

HP iLO4 is a remote management feature, after being spoiled by Supermicro’s IPMI I’ll never plug a keyboard or monitor into a server again.  Basically this lets you remotely manage your server, power on/off, KVM, load media remotely.  It seems to me that HP is trying to sell a subscription with this service, so I’m hoping the important features are free.  Update 2013-06-19: Remote console and media requires the purchase of an ILO4 license.  This will run ~$150 for a three year license… a rather large disappointment.

The LED indicator could be a nice feature, it remains to be seen how ZFS can interface with it or if it can be controlled through some scripting. 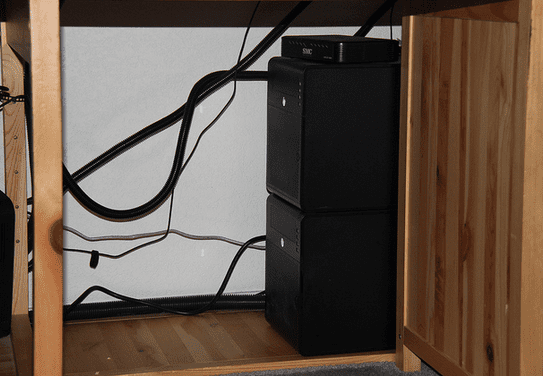 I’ve been a fan of the HP Microservers since using my N40Ls (read my Amazon Review of the HP Microserver), they’re small stack-able servers you can stick just about anywhere and run virtually silent.  Considering all these features if you were trying to build a server with similar specs you couldn’t do it for less than buying one of these.  This will handle running a light-weight server for a home NAS, VMWare ESXi with a few VMs, or a small business. 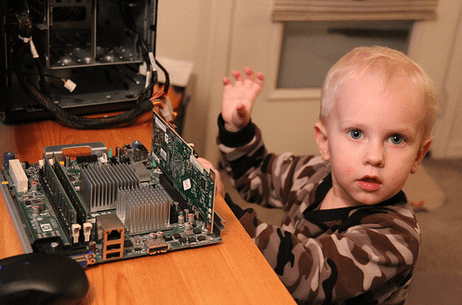 Start saving up, this makes for a great father-son project!  The G1610T model is $450 and the G2020T is $520… I believe the G2020T is only priced a few dollars more than the G1610T so you would be better off purchasing the cheaper model and upgrading the processor, but maybe there is something included in the more expensive model that’s not listed on the specs…  (Update 2013-06-19: It appears this is not the case…)

We have passed the Parody Crossover point and now we literally can't tell the difference between a thing and the opposite of that thing.

Well, he finally did it. @D_B_Harrison went there and racist @Twitter locked out a black man who was defending another black man from racist attacks. https://twitter.com/chrishohnholz/status/1541780465006149637

I don’t know if y’all know this yet, but @Twitter locked @D_B_Harrison out this morning!