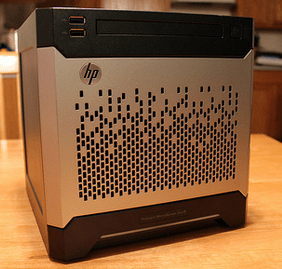 Thanks to a homeservershow forum member keeping track of prices  I ordered the HP Gen8 Microserver 1610T … of course, nobody wants to run VMWare on a Celeron so obviously the first thing to try is installing a Xeon processor.

Update, this post is about 3-years old but HP hasn’t updated their Microserver to support a newer generation of processors since then, I’ve moved to a Supermicro Mini Tower with a X10SDV Motherboard.

Installing the Xeon E3-1230 V2 in the Microserver 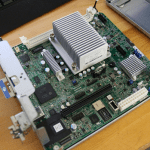 The HP Microserver’s CPU is passively cooled and the heatsink is rated for a max TDP of 35W, and there’s no port on the motherboard that I could find for an extra CPU fan. 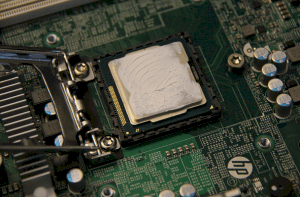 I already have a Xeon E3-1230 V2 (69W), and for most people this is a better option because it’s readily available and affordable.  I figure worse case I could disable two of the four cores to bring it down to 35W.

I’ve never used my own thermal paste so I’m not sure if that’s the right amount, but that’s how much I did.

I thought it wise to at least go into the BIOS and disable 3.7GHz Turbo, so the max we’ll hit is 3.3GHz. (Update: I later learned that disabling Turbo isn’t necessary). 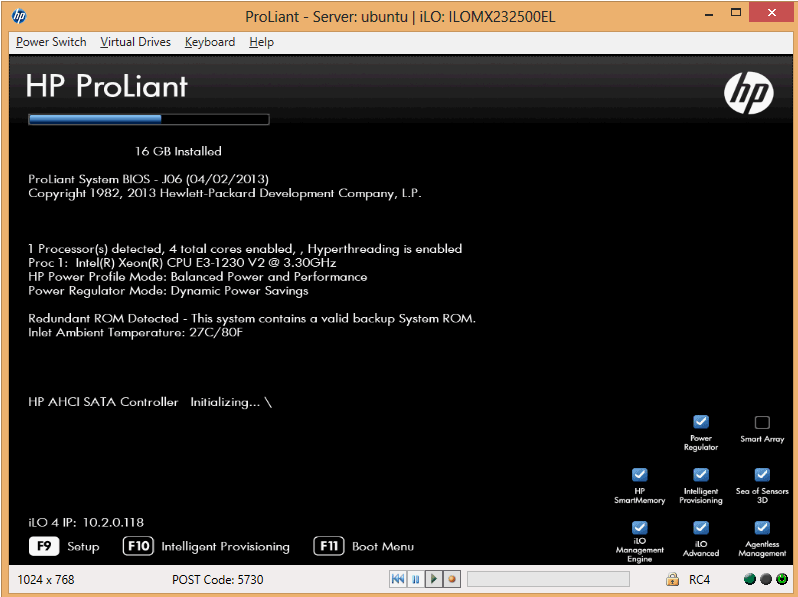 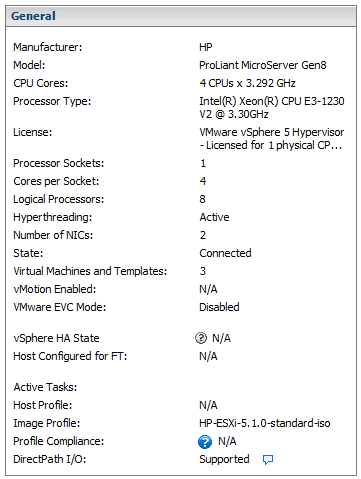 And the temperature is doing just fine…

10 minutes full load using “stress” on a VM.  All four cores clocking in at 3.292GHz.  You can see the temperatures bumped up but still within specifications.  Fan was still running at 51%.  Temperature inside my house is currently 84F so if it can survive a full load in this heat I’m not concerned about it running into problems.

Here’s a list of processors I think would be good candidates.  I’ve excluded the Core i5 series because they don’t support ECC.

The stock processor is no different than the i3 except for clock speed and hyper-threading so I don’t think it’s worth the money to upgrade to an i3.

The main reasons to upgrade to a Xeon is the AES instruction set, VT-d, or more cores and a faster clock speed.  I think the best value currently is the Xeon E3-1230 V2.

*Processors ending in a 5 have integrated HD graphics, I’m not sure if this will cause problems.