The most Frequently Asked Question from my Family, Friends, and FOAFs…

Laptop Buyer: What Kind of Laptop Should I buy?
Ben: Get one with an Intel Wireless card 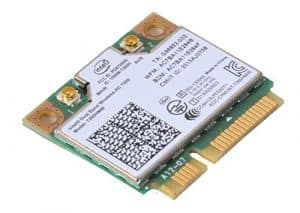 The first piece of advice I have is make sure your wireless card is made by Intel.  Do not get anything else.  You might see other tempting wireless cards for so much less by Dell, Broadcom, Ralink, Killer, Realtek, etc.  These WiFi cards might work with most WiFi hotspots, they might work most of the time, but don’t get them.  The problem is they aren’t robust.  I’ve seen them drop connections randomly, not be able to connect to certain wireless APs, drop out the signal when the Microwave is running, etc.  At best case it works fine but later on a driver update might make it worse.  It is not worth saving a few bucks to deal with these issues.  Pay extra for an Intel branded WiFi Card.  It might cost you $20 more and save you months of frustration.  You’ll thank me later when your card isn’t disconnecting randomly.

This brings me to the 2nd most Frequently Asked Question….

Laptop buyer: So, my wireless signal keeps dropping out.
Ben: Did you get an Intel Card like I told you?
Laptop buyer: No….
Ben: Were you trying to save money and went too cheap?
Laptop buyer: Yes…..

And the 3rd most Frequently Asked Question….

Can You Fix My WiFi Stability? 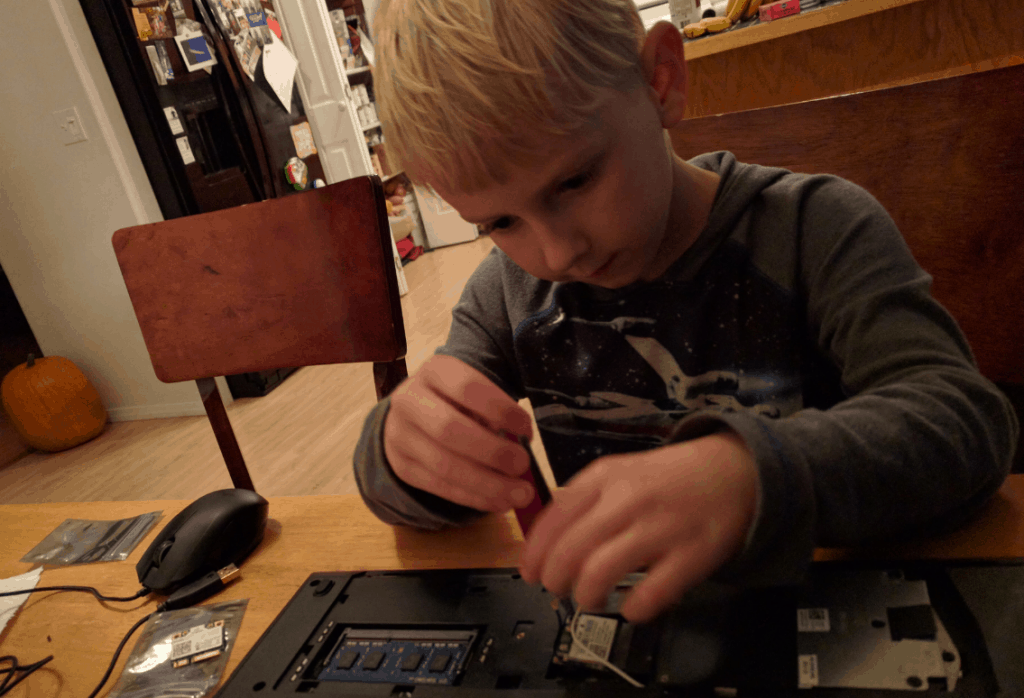 You will need to swap out your WiFi card.

If you’re in the situation where you bought a laptop with a flaky WiFi card, it’s easy to fix!  Grab an inexpensive Intel 7260 WiFi Card from Amazon.  On most laptops the WiFi card is easily accessible from behind the back cover, usually it’s not more work than a memory upgrade.  Unplug the antenna connectors from your unstable wireless card, pop it out, and put the new card in and hook it up.  Your WiFi connections will now be robust.

I don’t say this because I’m an Intel fan.  I just want things to work.  Every couple of years I give another brand a try just to make sure my “only Intel” advice is relevant.  I’ve had the same experience with non-Intel brands the last 15 years!

Last year I decided to buy a cheap laptop to watch movies on (we don’t have a TV) and it came with a Dell DW 1704 / Broadcom 4314 Wireless Card.  I bought it just to see if things had gotten better.  They haven’t.  This wireless NIC can’t stream a full length movie from my media server without losing the wireless signal several times.

And it’s not just me, earlier this year several of my colleagues bought Dell XPS laptops with Killer Branded WiFi cards.  They just don’t work reliably in scenarios that Intel chips do.  In their case they couldn’t connect to several APs.  In my case the connection would drop several times a day.  This was both in Windows 10 and in Linux.  And yes, I tried disabling power saving mode on the WiFi adapter.

I’ve had friends and family not be able to even connect to certain APs at all until they swapped out their Broadcom, Killer, or Ralinks for an Intel card.  Now, you might get lucky and find another brand that works.  To me it’s not worth the hassle.

The next time you buy a computer, get one with an Intel WiFi card.

7 thoughts on “Is Your WiFi Unstable?”