Here’s a quick overview on installing the IBM ServerRaid M1015 HBA (aka LSI SAS9220-8i) in the HP Gen8 Microserver. 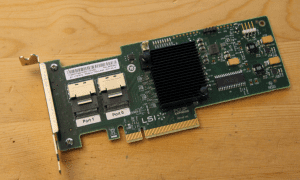 These cards can be bought for around $100 on ebay.  The HBA has two 6Gbps SAS ports (each port has 4 lanes, each lane is 6Gbps giving a theoretical maximum of 24Gbps per port and 48Gbps if using both ports).  A typical configuration for maximum performance is one lane to each drive using a SFF-8087 breakout cable.  With two of these cables this card is capable of running 8 drives.  You can run more drives with a SAS expander but I haven’t had a need to yet.  I typically flash it into IT (JBOD) mode.  This is a popular card for running ZFS, which is my use-case. 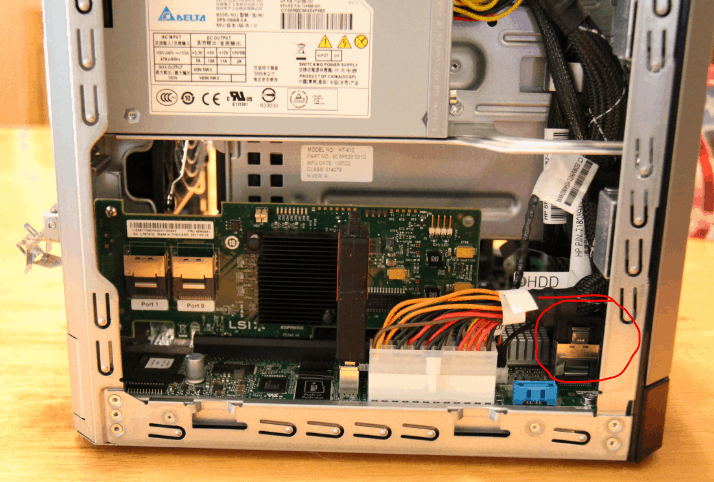 The picture above shows the original location of the 4-drive bay SAS connector, you just need to move it to the HBA,  I didn’t have to re-wire it, there is plenty of slack in the cable so I just had to pull it to the M1015 and plug it in (below). 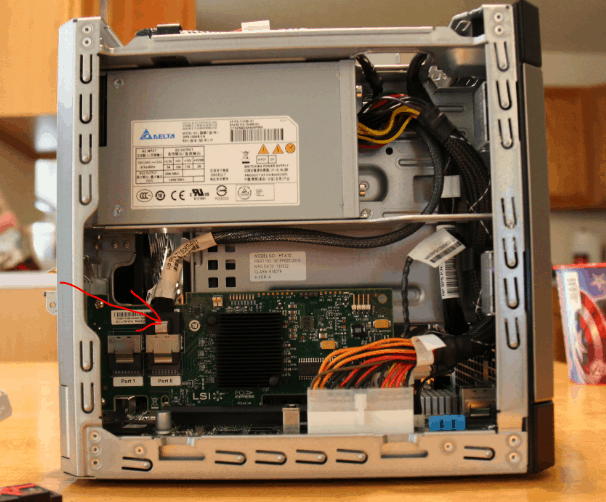 At first boot all my drives were recognized and VMWare and all the guests booted up as normal. 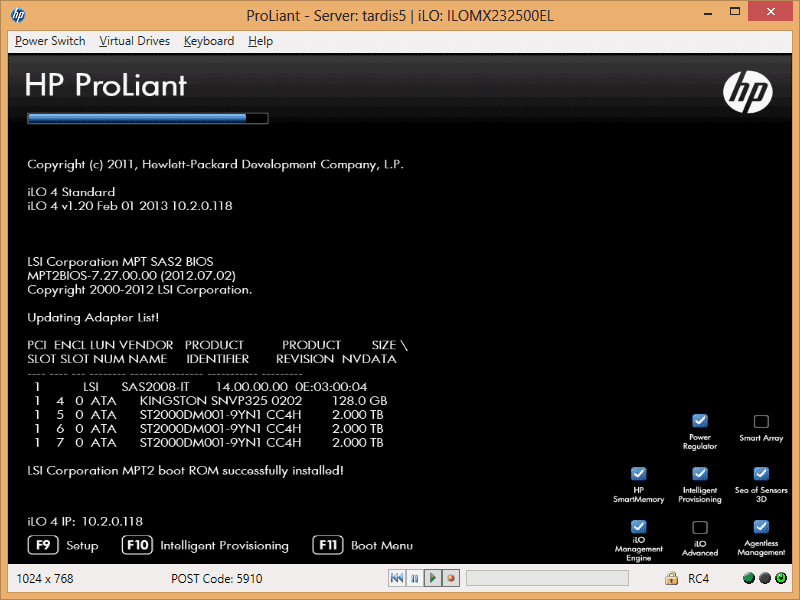 Also, a few people have asked about mounting an extra drive in the ODD bay, here’s the power connection I think could be tapped into with a Y-splitter (below). 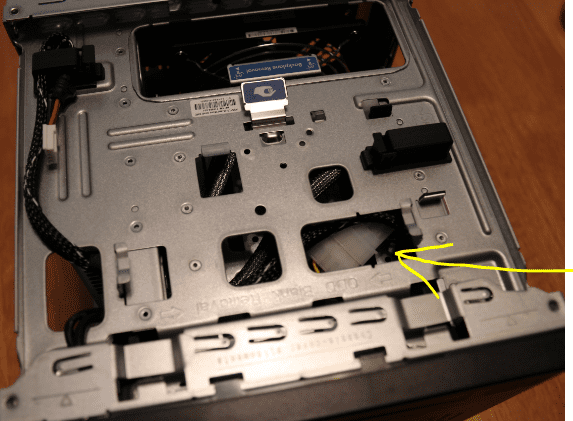 Does this have an advantage over the Gen8 Microserver’s B20i SmartArray controller?   For a lot of setups it probably offers no advantage.  I probably wouldn’t do it in my environment except I already have a couple of M1015’s lying around.  Here’s what you get with the M1015.