In January I picked up a Mossberg 500 and finally got a chance to shoot it this weekend.  Dave & Melody (and their puppy) came along and showed us a great shooting spot not too far out of town.  This was Kris’s first time firing a gun and she did very well, even hitting the targets!  We also got to try some of Dave’s guns, including a Taurus .40. 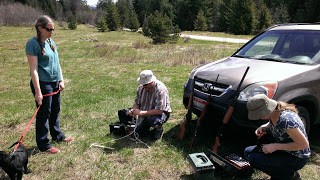 Anyway, the Mossberg 500 performed well, it’s a great multi-purpose shotgun and can be used for home defense or hunting anything from small fowl to moose.   A few observations / thoughts: