Well, my ASRock C2750D4I Build has not been doing so hot…

I woke-up one morning to find VMware crashed with a PSOD (Purple Screen of Death)… and then the next day it crashed again.  Over the next few days I had several crashes, often after only an hour of uptime.  Here’s a sampling of the errors I’d see: 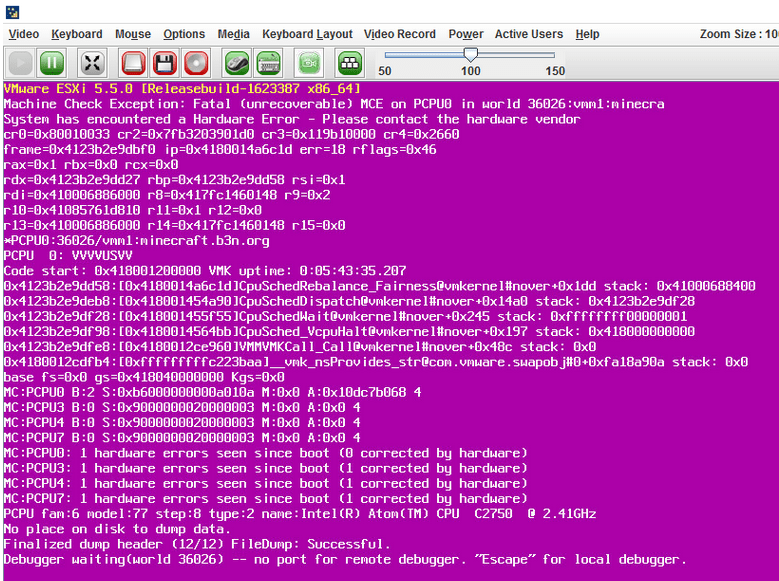 Machine Check Exception: Fatal (unrecoverable) MCE on PCPU0 in world 36026 …looks like it got the Minecraft server that time.

Machine Check Exception when the CPU is already in Panic: CPU1. 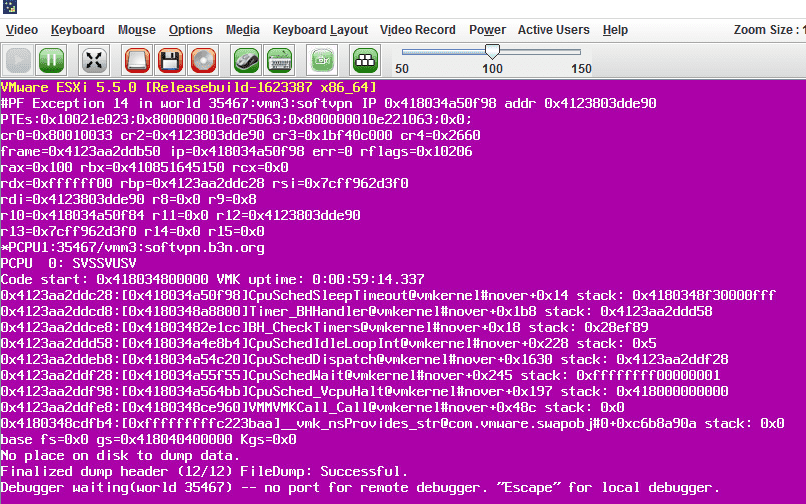 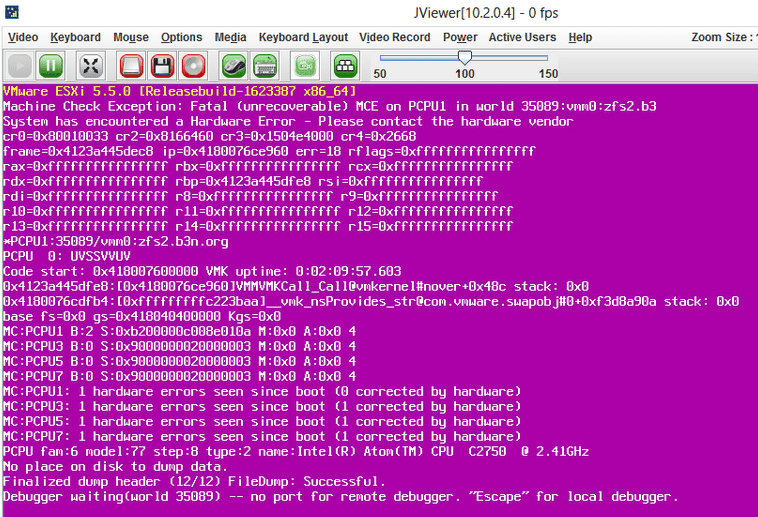 I thought it might have been the ram so I swapped it out but got the same problem.  I emailed ASRock support and an automated email suggested I contact my dealer, so I’ve started an RMA process with SuperBiiz.

In the meantime I needed to get back up and running. I have an extra E3-1240-V3 so I thought I’d switch over to an 1150 socket so I bought a SuperMicro X10SL7-F-0 which is a great little board with a built in LSI-2308 which can be flashed into IT mode for ZFS… only in my haste I didn’t realize it wasn’t a Mini-ITX board.  I guess SuperMicro doesn’t even make a Mini-ITX board with an E3 socket.  So I ordered an ASRock E3C224D2I which seems like a great board, but for some reason I couldn’t get it to even post.  Had I been able to get it to work I would have had to use the IBM ServerRaid M1015 HBA to get 8 drives, but doing so would have cost me a hotswap bay or I would have had to use a riser and somehow stuff it in the case.  I think I exhausted the Mini-ITX options (SuperMicro has some, but they’ve switched to SO-DIMM on their Mini-ITX form factor and I don’t have any).   So I went back to the Supermicro X10SL7 board… but it doesn’t fit in my case…. so I’ve got sort of a makeshift setup while I look for a real server chassis… (don’t try this at home):

I think I’m going to give up on my Mini-ITX Small form factor SilverStone D380 case and stick with a Micro-ATX or ATX because there’s more options for motherboards in that size.

14 thoughts on “Purple Screen of Death”