I’ve been very happy with the BaoFeng UV-5RA, but BaoFeng has released some newer models on the market so I thought it was time to take a look at the current offerings: of the new models it looked like the best new models were the UV-B5 (or nearly identical UV-B6), and UV-82, so here they are:

Scan Speed Compared.  You can see the UV-5RA and UV-82 are identically slow, the UV-B5 is a little faster, and the Yaesu VX-6R smokes them all.

A few thoughts about each radio:

The UV-5RA is still my favorite among the BaoFeng’s.  I think it’s the most versatile, it has 2.5KHz steps, a small size, lots of accessories, FCC part 90 certified (so this can be used on Business Bands with an FCC license).  My main complaint with this (and all BaoFeng’s) is the slow scan and difficulty programming by hand.   (As far as I can tell the UV-5RA, UV-5RB, UV-5RE, UV-5R, BF-F8+, UV-5R+, etc. are the same radio other than minor cosmetic and firmware differences).

The UV-B5 is the best radio I’ve seen from BaoFeng.  If I could only have one radio and only had $30 this is probably what I’d get.  It is shaped perfect and easy to hold.  This has the best receiver of the BaoFengs.  I tested the receivers by transmitting slightly off frequency and it would open up the other two BaoFengs but the UV-B5 would still stay quiet.  Also, there have been several times the UV-B5 will pickup a weak signal the other two BaoFeng’s didn’t.  Scanning is also faster than the UV-5RA and UV-82.  The channel encoder knob makes changing channels or settings so much faster!   Also this is the only radio that allows you to operate in VFO mode on one display and memory mode on the other. It’s only shortcomings are that it’s not FCC certified so it can’t be used on business bands, and the channel steps don’t go to 2.5KHz (which really is not a big deal, I don’t think I’ve need to be that precise for awhile).  If it was FCC certified it would take the place of my favorite from the UV-5RA.  (Note: UV-B6 is just like the UV-B5, except the 6 has a flashlight instead of the channel encoder knob).

Tbe UV-82 is the easiest to hold of the bunch because it is larger.  Other than that I can’t say it differs much from the UV-5RA.  It is a little bigger, has a much bigger battery, a slightly better light.  Changing from VFO mode to Memory mode is done by pressing menu while turning the radio on.  This radio is supposed to be FCC part 90 certified but mine didn’t come with an FCC label. (There are some variants of this radio like the UV-82X which are 2 meter / 1.25 CM instead of 2M / 70CM).

The VX-6R is still the radio I take with me hiking.  The difference between the Yaesu and the BaoFengs is not small.  The Yaesu is much higher quality, and it’s designed to be an Amateur radio which means it’s better at scanning and programming by hand.  The Yaesu VX-6R is not even in the same class as the BaoFengs but I included it in the comparison because it’s my favorite radio and I think most hams are going to enjoy something like this over a BaoFeng. 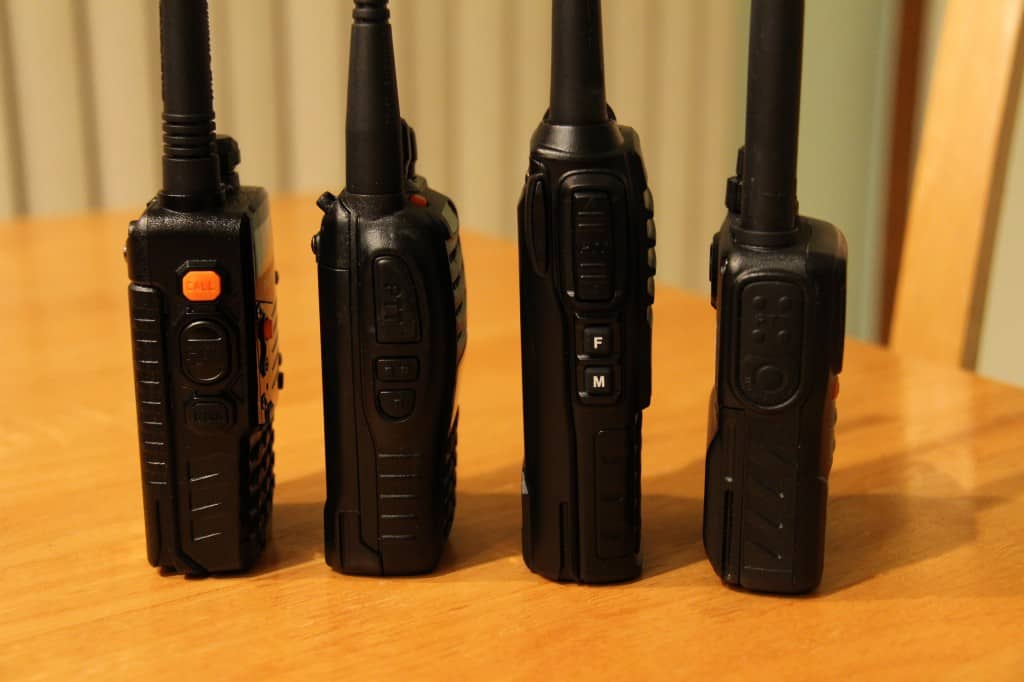 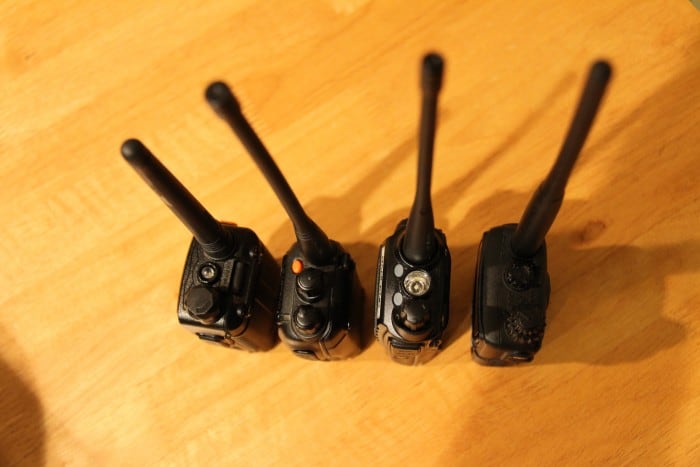 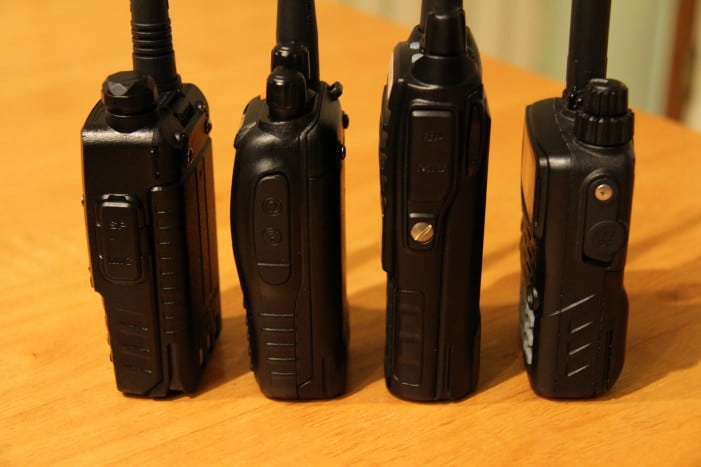 Programming
I was able to use CHIRP to program all of these radios and they all worked the same way and all worked fine with the same USB Programming Cable. It was quick to copy and paste the memories from one radio image to the other inside CHIRP and upload to the new radios.

The BaoFeng’s have great versatility because they can transmit on any frequency such as  GMRS/FRS/Marine/MURS/business frequencies, etc.  However, outside of an emergency it is illegal to do so.  I don’t agree with the FCC here, I think the FCC should allow non part certified radios on those frequencies but the rules are the rules.  I’ve posted a Legal Frequencies Q&A on my UV-5RA review page.