In 1521 Luther was summoned to the city of Worms to be tried for heresy.  Expecting an opportunity to debate Luther willingly went.  But instead found no discussion would take place.

He was asked to answer two questions:

First question: With his writings on a table in front of him he was asked if the books were his.  He answered in a barely audible voice, “The books are all mine, and I have written more.”

Second question: “Do you defend them all, or do you care to reject a part?”

Luther asked for time to think about it.

He was given one night. 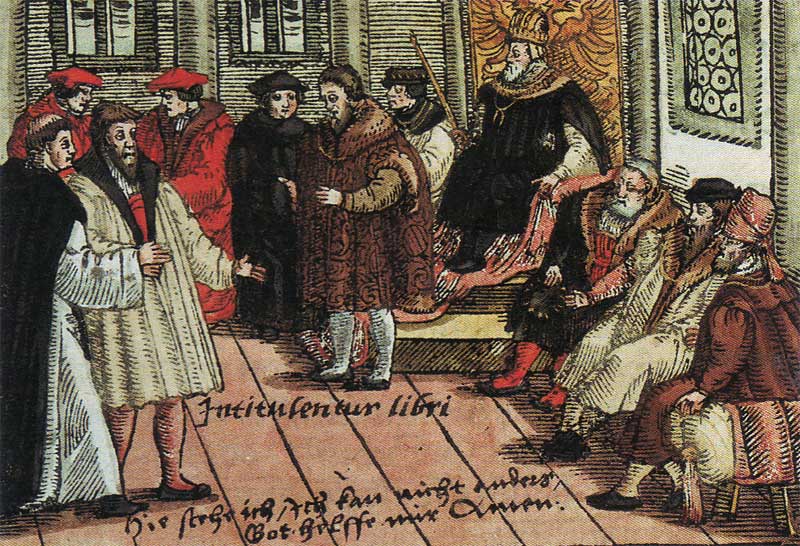 The next day, Luther returned and was asked again, “Do you recant?”  Luther tried to explain his views but was quickly shutdown.  The official asked him to answer the question simply.  Luther answered:

Since then your serene majesty and your lordships seek a simple answer, I will give it in this manner, not embellished: Unless I am convinced by the testimony of the Scriptures or by clear reason, for I do not trust either in the Pope or in councils alone, since it is well known that they have often erred and contradict themselves, I am bound to the Scriptures I have quoted and my conscience is captive to the Word of God.  I cannot and I will not retract anything, since it is neither safe nor right to go against conscience.  I cannot do otherwise, here I stand.  May God help me, Amen.

Luther threw up his arms making the gesture of a victorious knight, slipped out and went into hiding.   Obviously, Luther was pronounced a heretic.  The Reformation had started.

The central issue of the Reformation is this question.  How does a person get right with God?

The answer to this question can be summarized into the 5 principles below:

Scripture claims to be inspired by God.  It is without error, authoritative, and sufficient.

All Scripture is breathed out by God and profitable for teaching, for reproof, for correction, and for training in righteousness, that the man of God may be complete, equipped for every good work. – 2 Timothy 3:16-17 ESV

There is the ever changing doctrines, beliefs, and ideas of man.  We have various political views, ideologies, philosophies, worldviews, and thoughts that change drastically every few hundred years.   Then there is Scripture.  It stands unchanging.  It has been studied, scrutinized, and examined more carefully than any other publication in history–for 1600 years.  It is God’s Word.  Many claim the Bible is full or errors.  Many claim it has been translated multiple times and the contents changed like the telephone game.  However, the method of Scripture transmission through the ages has a consistency check to detect and correct changes.

Imagine, you create a file.  Then you make 10 copies of that file onto floppy disks, CDs, or USB drives, and give it to your friends, they each make 10 copies and give it to their friends, and it gets distributed throughout the world.  1000 years into the future you will find hundreds, maybe thousands of copies of the data.  They might be imperfect–you may have partial discs, bitrot, on some of the copies someone may have lost power in the middle of a copy and it corrupted or skipped data, some people made malicious changes, not all the copies agree with each other.  But even without the original you can know the contents of the original file.  As long as you have enough copies and a history of those copies you can reconstruct the original.  Even if mistakes are made in all of the first 10 copies of the original (as long as the same mistake is not made in all 10) you can reproduce the original–like a RAIDZ array can reconstruct damaged or missing data by using the parity data from the other drives. 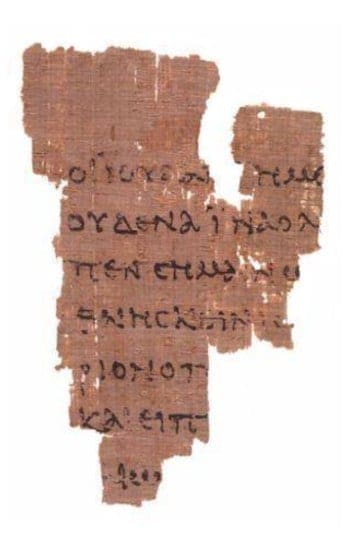 Scripture was transmitted through the ages in such a manner that it could not be changed from the original undetected.  Even though some copies of scripture were damaged, missing parts, had a copy mistake, etc.  Most discrepancies are minor and don’t change the meaning of the text or change any doctrine.  With vast geographic distances and no modern means of communication there would be no way to collude a malicious change.  When we do see a difference between various families of manuscripts, we know what changed.  That means we know what the words of God actually are.

I’ve read on random internet forums that the Bible is a translation of a translation of a translation and so much has been lost in all those translations.  That’s not true at all.  Most English Bibles are a direct translation into English made by a team of scholars who have access to the available copies of the manuscripts in the original languages from various regions.  The Bible is translated directly from the original languages written in Hebrew, Greek, and Aramaic into English so you can read it.  The English Bible you have today, if made by a trustworthy translator, is reliable.  God promises His word will stand forever:

“The grass withers, the flower fades,
but the word of our God will stand forever.”  — Isaiah 40:8 ESV

Man cannot save himself.  God saves sinners.  We are absolutely incapable of pleasing God.  We have all sinned against a Holy God.  When God created man, He created us in His image–we are held up to God’s standard of righteousness and because of sin we all fall short.  Ask yourself these questions: have you ever said God’s name in vain, have you ever hated someone, have you ever stolen, have you lied, have you ever looked at a woman (or man) with lust?  Answer those questions honestly.  Have you done any of those?  “Yeah, but everyone else does it…” doesn’t matter about everyone else.  What about you?  If you stood before God today, and He was judging you by the Ten Commandments, would He say you are Guilty or Not Guilty?   I don’t get a pass on this either, I am as guilty of breaking God’s law as anyone.

There is nothing you can do to get a not guilty verdict.  You may decide that from this day forward you’re going to do good, you’ll stop sinning, love others, give away your money, feed the poor, go to church, etc.  It doesn’t matter.  God considers the good things you do like a polluted garment (Isaiah 64:6).  Your “goodness” is worthless to God.  You will still go to Hell.

As it is written:
None is righteous, no, not one;
no one understands;
no one seeks for God.  — Romans 3:10 ESV

One of the most important distinctions between false religions and Christianity is this:  false religions teach that you can earn merit.  Essentially they teach you must do good things to get points from God to earn your salvation–as if life is some sort of video game.  Doing good to get to heaven is probably one of the largest misconceptions about Christianity.  The Bible teaches the exact opposite:  You cannot do anything to save yourself from Hell.   But, there is God’s Grace.  God’s unmerited favor towards mankind:

For by grace you have been saved through faith. And this is not your own doing; it is the gift of God, not a result of works, so that no one may boast. —  Ephesians 2:8-9 ESV

By faith, and faith alone are we justified (made holy) before God.  When Christ died on the cross, He paid the penalty for our sins.

Justification is about our legal position towards God.  The means by which we are justified is through Jesus’s death–when God looks at us, He sees the perfect life of Jesus.  He sees that Christ has paid the price for our sins–Jesus’s righteousness is imputed to our account–which means through no power of our own we are declared righteous before God–despite being imperfect.  This is what our faith is in–and by faith we do not mean a blind faith, but confident belief in what God has promised in Scripture, and God’s ability and integrity to keep those promises.  That is what we must have faith in.  And faith alone in Jesus Christ is the means by which we are justified so that we can have eternal life.

Therefore, since we have been justified by faith, we have peace with God through our Lord Jesus Christ. — Romans 5:1 ESV

Jesus is the God-Man.  There is none like Him.  He is eternal, existing outside time and creation with God the Father, He is the Creator of the Universe, He is God Himself, the second person of the Trinity.  ~2000 years ago He stepped into His own Creation and became a man and now possesses two natures: God and Man.  Jesus lived the perfect life–the righteous life we could not live as a man.  And took the punishment we deserve for our sins: death.  Christ is the only means of salvation.   Christ’s humility cannot be overstated–we are talking about God the Son, who has always pre-existed with God the Father in the presence of God’s glory coming to earth to be humiliated and die–if Jesus had come to earth as King and ruled the world, lived in the best place and had the finest the world had to offer with servants at His side to take care of any need or task, it would be an insult compared to the glory He deserves–yet he came to die.

A common misconception is Jesus’s death was some work of Satan and something outside of God’s control.  No.  God sent Jesus to earth specifically to die for our sins to offer us salvation from our sins.

Jesus died on the cross, was buried, and then rose again.  There is no other religion, no other method to obtain salvation, other than Jesus to become right with God:

And there is salvation in no one else, for there is no other name under heaven given among men by which we must be saved. — Acts 4:12 ESV

Soli Deo Gloria – To The Glory of God Alone

The salvation of those who love God is an amazing, beautiful work of God.  It is not something we can claim even partial credit for.

I have heard the analogy of salvation being like God throwing a life saver out into the ocean to one screaming for help and all one has to do is reach out and grab it to be saved.  That is exactly what the work of salvation is not like.

We are not drowning begging for help.  Rather, we are all enemies of God, storming His castle, with no inclination of good in us, and God chooses to save us through the Gospel–which is the good news that Jesus Christ died on the cross to take the penalty for your sins.  By believing, by having faith in Him, you will have eternal life.  There is nothing for us to do in regards to our salvation, because the glory is God’s, and God’s alone.

For from him and through him and to him are all things.
To him be glory forever. Amen.  — Romans 11:36 ESV 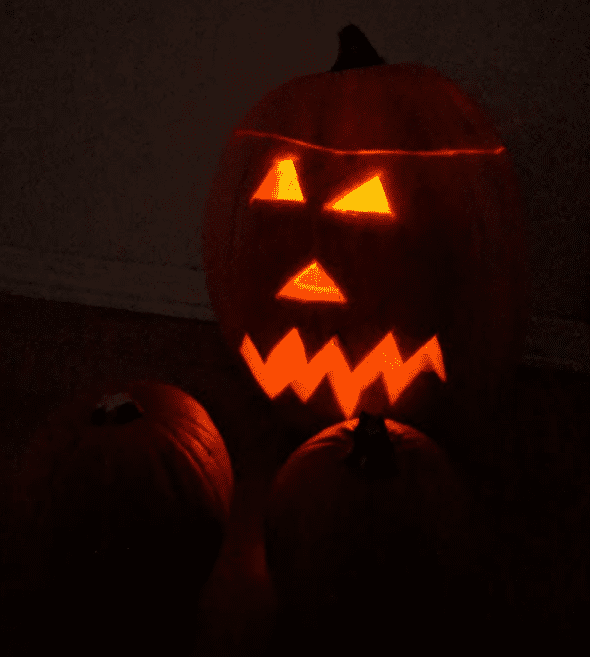