ZFS is flexible and will let you name and organize datasets however you choose–but before you start building datasets there’s some ways to make management easier in the long term.  I’ve found the following convention works well for me.  It’s not “the” way by any means, but I hope you will find it helpful, I wish some tips like this had been written when I built my first storage system 4 years ago.

I never give two zpools the same name even if they’re in different servers in case there is the off-chance that sometime down the road I’ll need to import two pools into the same system.  I generally like to name my zpool tank[n] where is an incremental number that’s unique across all my servers.

So if I have two servers, say stor1 and stor2 I might have two zpools :

Create a top level dataset called ds[n] where n is unique number across all your pools just in case you ever have to bring two separate datasets onto the same zpool.  The reason I like to create one main top-level dataset is it makes it easy to manage high level tasks recursively on all sub-datasets (such as snapshots, replication, backups, etc.).  If you have more than a handful of datasets you really don’t want to be configuring replication on every single one individually.  So on my first server I have:

I usually mount tank/ds1 as readonly from my CrashPlan VM for backups.  You can configure snapshot tasks, replication tasks, backups, all at this top level and be done with it.

I replicate them to each other for backup.  Having that top level ds[n] dataset lets me manage ds1 (the primary dataset on the server) completely separately from the replicated dataset (ds2) on stor1.

Advice for Data Hoarders.  Overkill for the Rest of Us

The ideal is we backup everything.  But in reality storage costs money, WAN bandwidth isn’t always available to backup everything remotely.  I like to structure my datasets such that I can manage them by importance.  So under the ds[n] dataset create sub-datasets.

Spock – Important.  Important data that would be a pain to lose, might cost money to reproduce, but it isn’t catastrophic.  If I had to go a few weeks without it I’d be fine.  For example, rips of all my movies, downloaded Linux ISO files, Logos library and index, etc.  If I lost this data and the house burned down I might have to repurchase my movies and spend a few weeks ripping them again, but I can reproduce the data.  For this dataset I want at least 2 copies, everything is backed up offsite to CrashPlan and if I have the space local ZFS snapshots are replicated to a 2nd server giving me 3 copies. 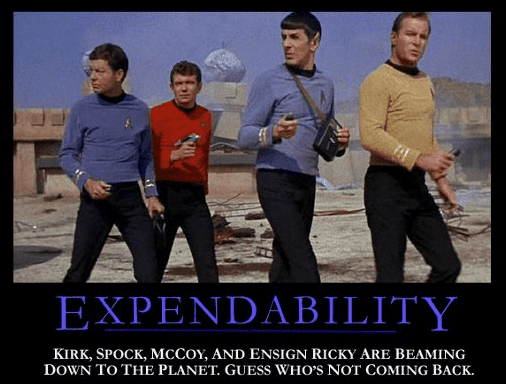 Redshirt – This is my expendable dataset.  This might be a staging area to store MakeMKV rips until they’re transcoded, I might do video editing here or test out VMs.  This data doesn’t get backed up… I may run snapshots with a short retention policy.  Losing this data would mean losing no more than a days worth of work.  I might also run zfs sync=disabled to get maximum performance here.  And typically I don’t do ZFS snapshot replication to a 2nd server.  In many cases it will make sense to pull this out from under the top level ds[n] dataset and have it be by itself.

Backups – Dataset contains backups of workstations, servers, cloud services–I may backup the backups to CrashPlan or some online service and usually that is sufficient as I already have multiple copies elsewhere.

Archive – This is data I no longer use regularly but don’t want to lose. Old school papers that I’ll probably never need again, backup images of old computers, etc.  I set set this dataset to compression=gzip9, and back it up to CrashPlan plus a local backup and try to have at least 3 copies.

Now, you don’t have to name the datasets Kirk, Spock, and Redshirt… but the idea is to identify importance so that you’re only managing a few datasets when configuring ZFS snapshots, replication, etc.  If you have unlimited cheap storage and bandwidth it may not worth it to do this–but it’s nice to have the option to prioritize.

Now… once I’ve established that hierarchy I start defining my datasets that actually store data which may look something like this:

With this ZFS hierarchy I can manage everything at the top level of ds1 and just setup the same automatic snapshot, replication, and backups for everything.  Or if I need to be more precise I have the ability to handle Kirk, Spock, and Redshirt differently.

We have passed the Parody Crossover point and now we literally can't tell the difference between a thing and the opposite of that thing.

Well, he finally did it. @D_B_Harrison went there and racist @Twitter locked out a black man who was defending another black man from racist attacks. https://twitter.com/chrishohnholz/status/1541780465006149637

I don’t know if y’all know this yet, but @Twitter locked @D_B_Harrison out this morning!