I recently switched to MobaXterm Professional from PuTTY.  And I’m not looking back…

I had just re-installed Windows 10 to fix an updating issue.  As I was downloading PuTTY I thought: there has got to be something better than PuTTY.   PuTTY is a good program, but it doesn’t do four things for me:

I looked at and tried quite a few options.  KiTTY, MobaXterm, mRemoteNG, RoyalTS, SuperPuTTY, XShell6, Bitvise, SmarTTY, Solar-PuTTY, and SecureCRT.  I ended up buying MobaXterm.

The start screen is simple and useful… open MobaXterm and start typing a hostname… if you’ve connected to that server before it will auto-complete, if not it creates a new session.

Along the left is a list of servers which can be organized into folders and the icons can be customized.  Main screen shows the last 9 sessions for quick access. 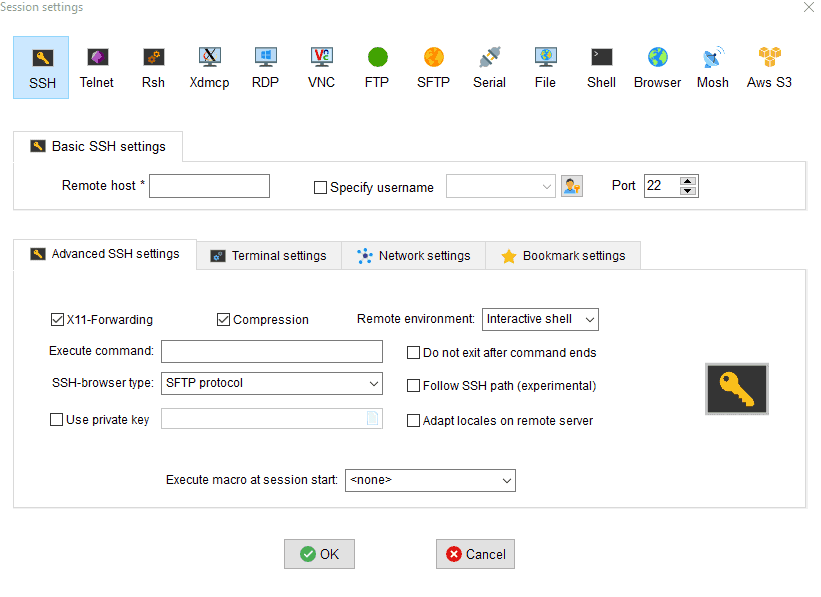 MobaXterm supports a number of protocols:

SSH into a server and the left pane shows an SFTP session which automatically follows where I am in the terminal and allows dragging and dropping files back and forth between file explorer!  No more having to open up WinSCP just to transfer a quick file. 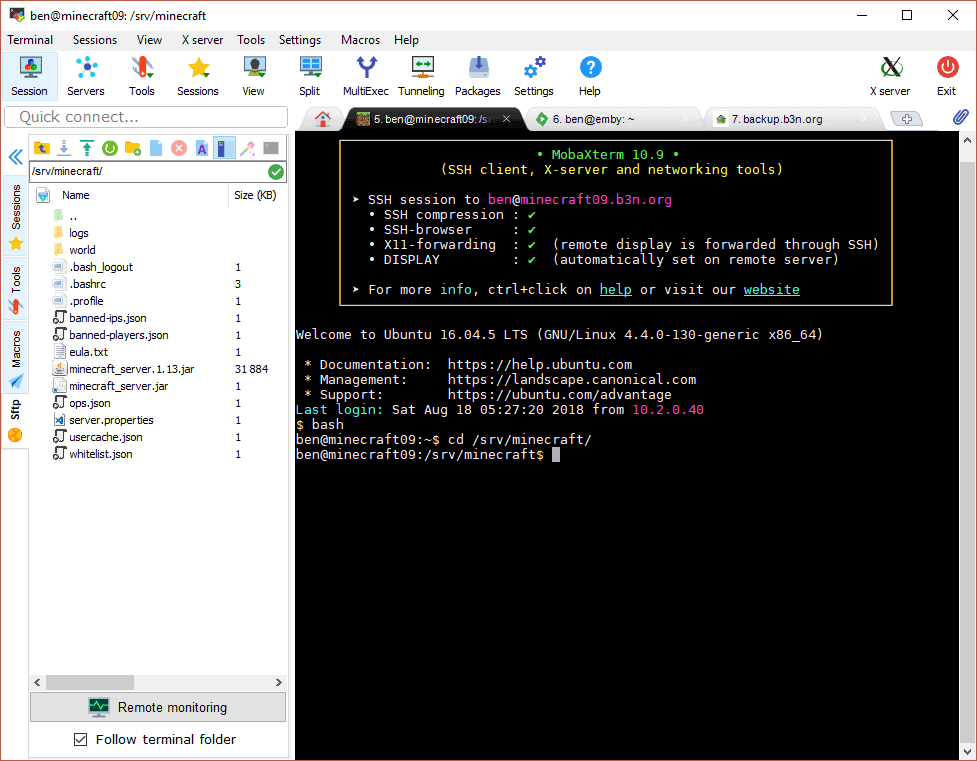 Files can also be opened directly and edited using a built-in or an external editor.

X11 forwarding works out of the box with no setup.  Below all I did was open an SSH session to my Linux VM running CrashPlan, ran “CrashPlanDesktop” (which is a graphical program) and it opened up the window locally in Windows. 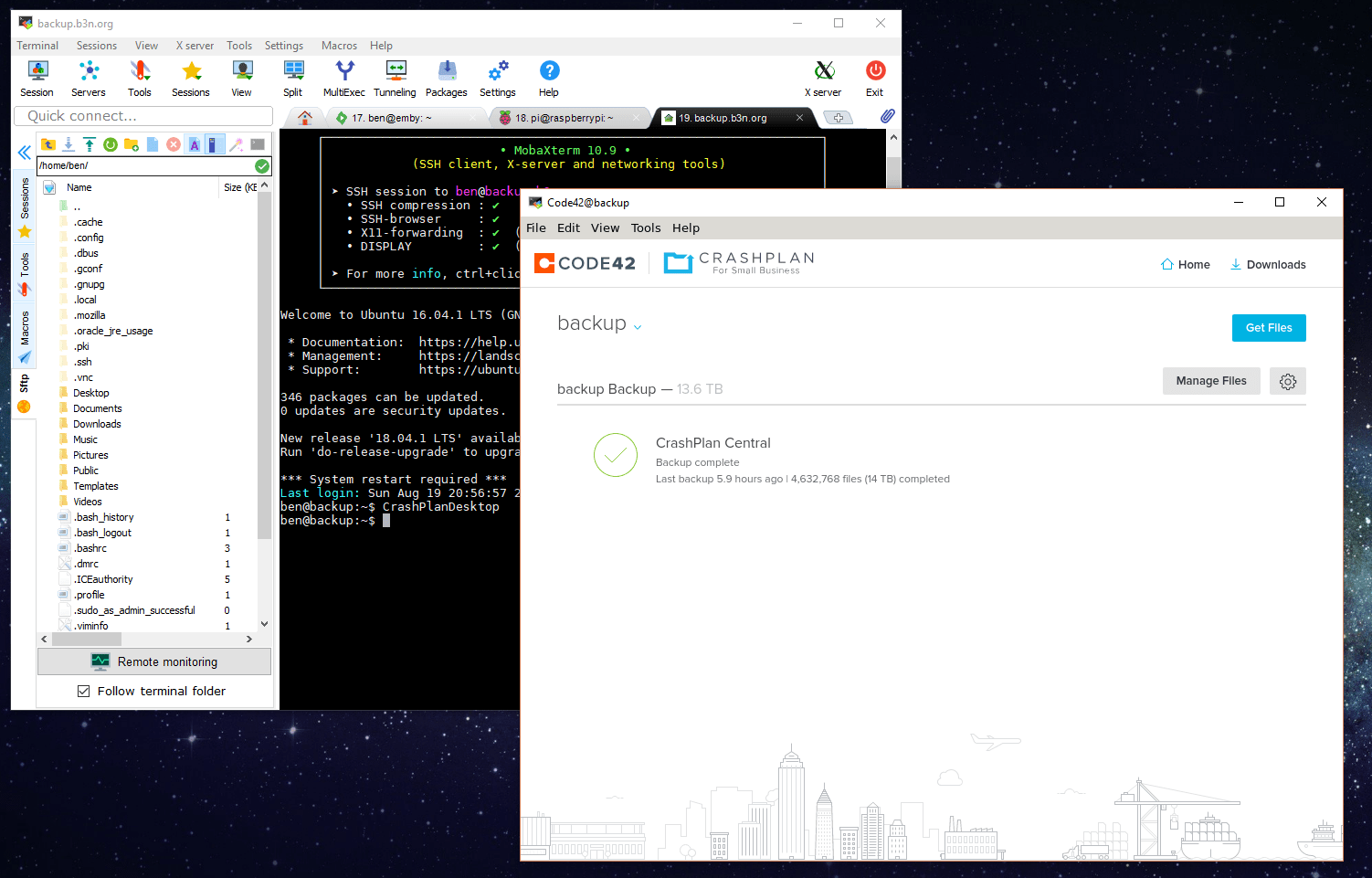 One of my favorite programs in the world, Minesweeper, no longer comes with Windows 10.  It’s such a classic I don’t know what Microsoft was thinking by removing that.  But… no problem.  I can now run Gnome Mines on Windows via X11 Forwarding! 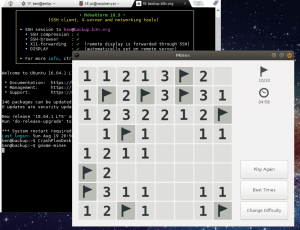 The terminal itself is actually PuTTY under the hood but with some added features.  There’s a place to configure key words that if they show up on the terminal are highlighted in certain colors; the defaults are useful when reviewing logs.  Terminals can be tabbed, or split horizontal, vertical, or a grid of 4.  You can also open multiple MobaXterm Windows.  Terminals can also be dragged off to float (more like PuTTY terminals do).  Right-click can be configured to paste like PuTTY or provide a menu (also if pasting multiple-lines it will display a warning which is nice.).  If you don’t like the Windows 10 everything is flat look or you want a Dark Theme or want it to look like you’re on OSX there are a plenty of skins to chose from… 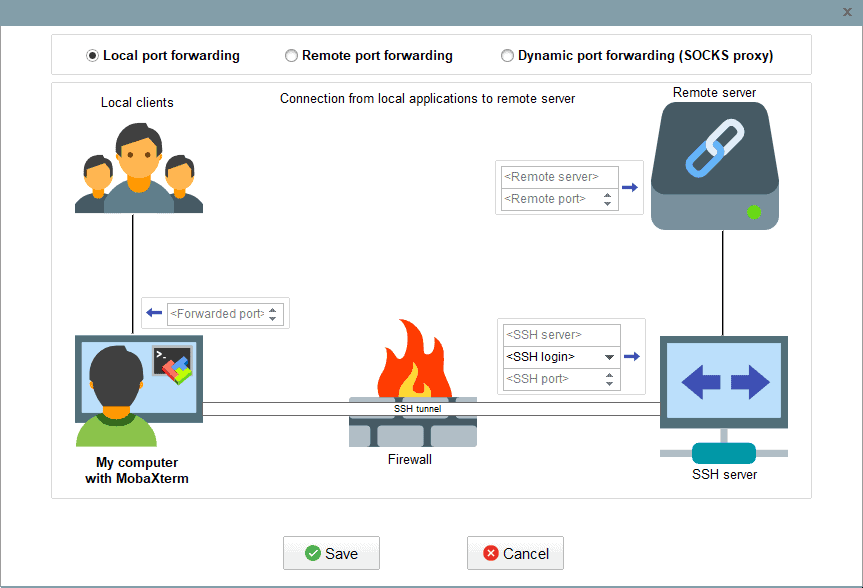 For storing passwords and SSH key authentication MobaXterm can manage that and also save passwords (if you’re using something that uses password authentication which you shouldn’t be) securely.  I use an external ssh agent and it handled that well. 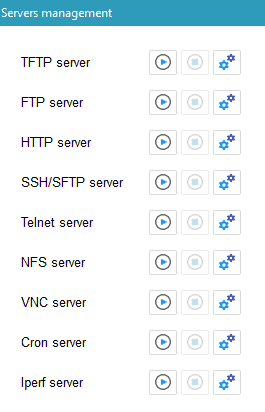 And MobaXterm comes with quite a few handy programs and utilities…  a variety of servers which is useful if you need to temporarily setup a quick Iperf or TFTP server.  Also included are Macros, and a variety of misc tools such as a Network Scanner, Port Scanner, etc.

A fantastic feature is the ability to run local terminals.  I can run a DOS Prompt, PowerShell, and Ubuntu Bash (WSL) terminal inside MobaXterm.

What Could Be Better

A few features that are missing:

That said it’s a good program, it works well.